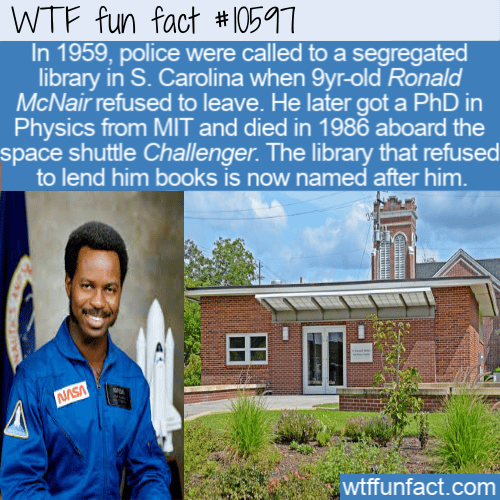 In 1959, police were called to a segregated library in S. Carolina when 9yr-old Ronald McNair refused to leave. He later got a PhD in Physics from MIT and died in 1986 aboard the space shuttle Challenger. The library that refused to lend him books is now named after him. – WTF Fun Facts