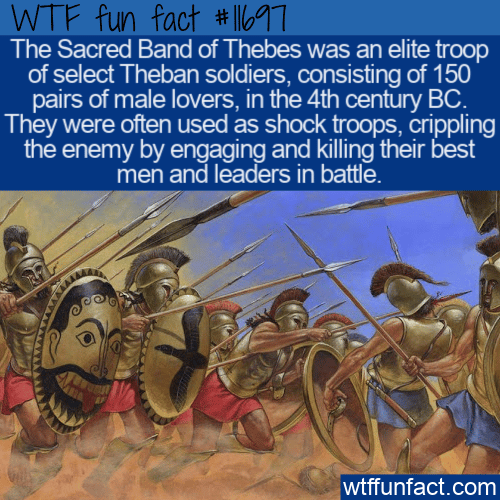 The Sacred Band of Thebes was an elite troop of select Theban soldiers, consisting of 150 pairs of male lovers, in the 4th century BC. They were often used as shock troops, crippling the enemy by engaging and killing their best men and leaders in battle. – WTF Fun Facts