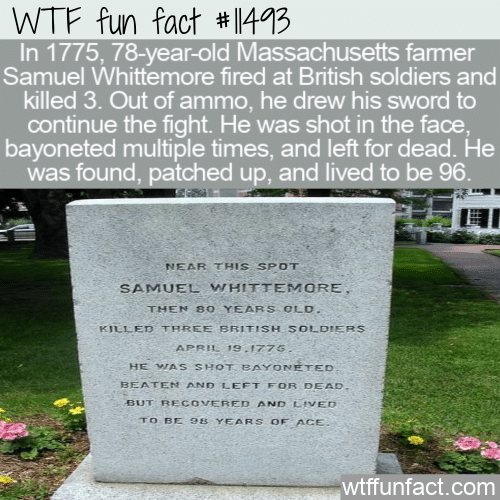 In 1775, 78-year-old Massachusetts farmer Samuel Whittemore fired at British soldiers and killed 3. Out of ammo, he drew his sword to continue the fight. He was shot in the face, bayoneted multiple times, and left for dead. He was found, patched up, and lived to be 96. – WTF Fun Facts