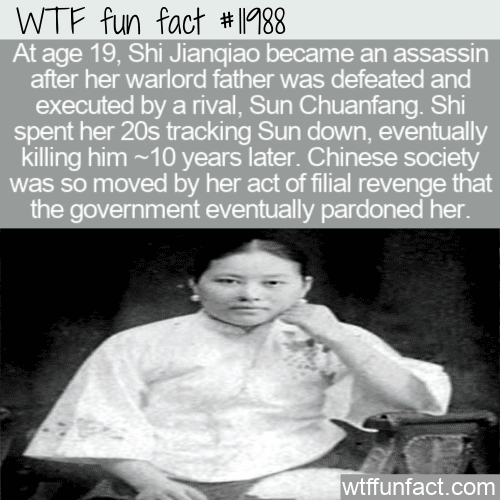 At age 19, Shi Jianqiao became an assassin after her warlord father was defeated and executed by a rival, Sun Chuanfang. Shi spent her 20s tracking Sun down, eventually killing him ~10 years later. Chinese society was so moved by her act of filial revenge that the government eventually pardoned her. – WTF Fun Facts