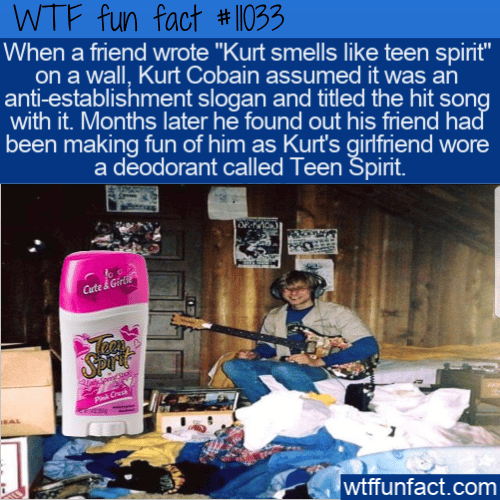 When a friend wrote “Kurt smells like teen spirit” on a wall, Kurt Cobain assumed it was an anti-establishment slogan and titled the hit song with it. Months later he found out his friend had been making fun of him as Kurt’s girlfriend wore a deodorant called Teen Spirit. – WTF Fun Facts