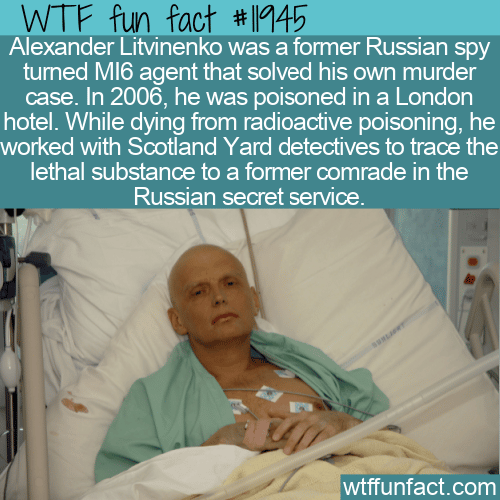 Alexander Litvinenko was a former Russian spy turned MI6 agent that solved his own murder case. In 2006, he was poisoned in a London hotel. While dying from radioactive poisoning, he worked with Scotland Yard detectives to trace the lethal substance to a former comrade in the Russian secret service. – WTF Fun Facts

1 thought on “WTF Fun Fact – Spy Solves His Own Murder”