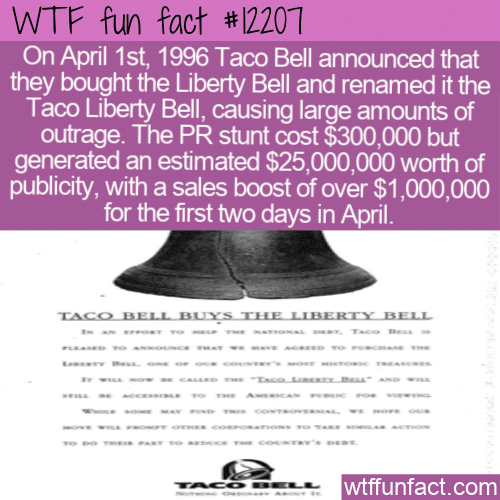 On April 1st, 1996 Taco Bell announced that they bought the Liberty Bell and renamed it the Taco Liberty Bell, causing large amounts of outrage. The PR stunt cost $300,000 but generated an estimated $25,000,000 worth of publicity, with a sales boost of over $1,000,000 for the first two days in April. – WTF Fun Facts