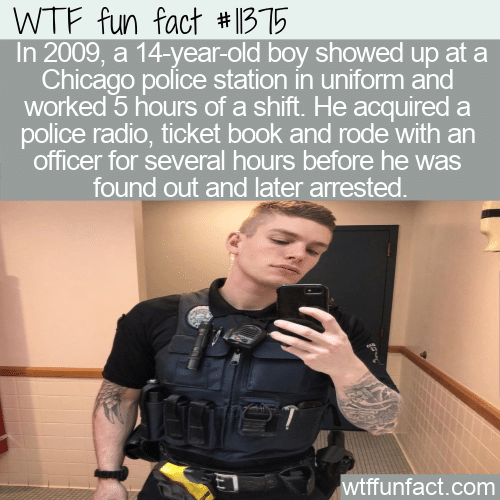 In 2009, a 14-year-old boy showed up at a Chicago police station in uniform and worked 5 hours of a shift. He acquired a police radio, ticket book and rode with an officer for several hours before he was found out and later arrested. – WTF Fun Facts