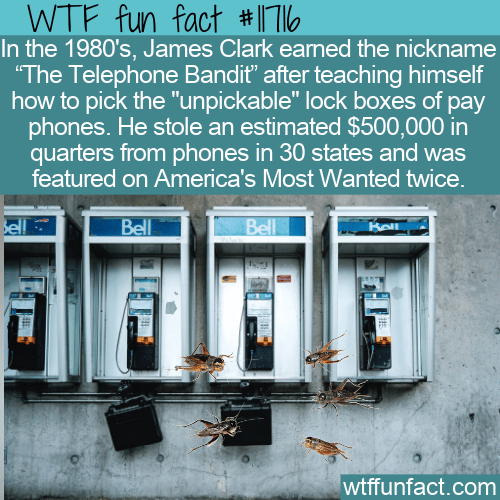 In the 1980’s, James Clark earned the nickname “The Telephone Bandit” after teaching himself how to pick the “unpickable” lock boxes of pay phones. He stole an estimated $500,000 in quarters from phones in 30 states and was featured on America’s Most Wanted twice. – WTF Fun Facts