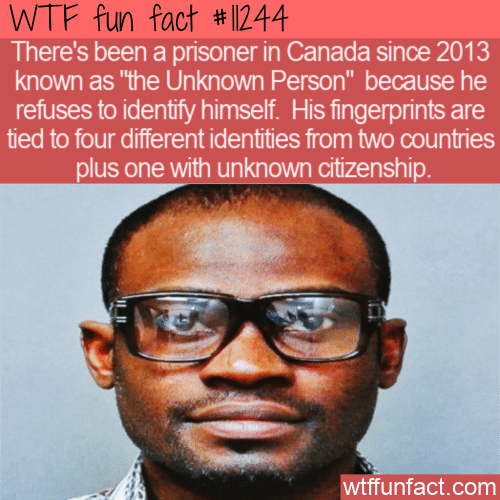 There’s been a prisoner in Canada since 2013 known as “the Unknown Person” because he refuses to identify himself. His fingerprints are tied to four different identities from two countries plus one with unknown citizenship. – WTF Fun Facts