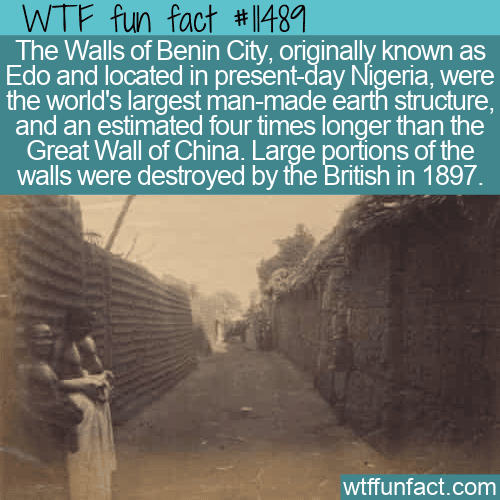 The Walls of Benin City, originally known as Edo and located in present-day Nigeria, were the world’s largest man-made earth structure, and an estimated four times longer than the Great Wall of China. Large portions of the walls were destroyed by the British in 1897. – WTF Fun Facts

2 thoughts on “WTF Fun Fact – The Walls of Benin City”