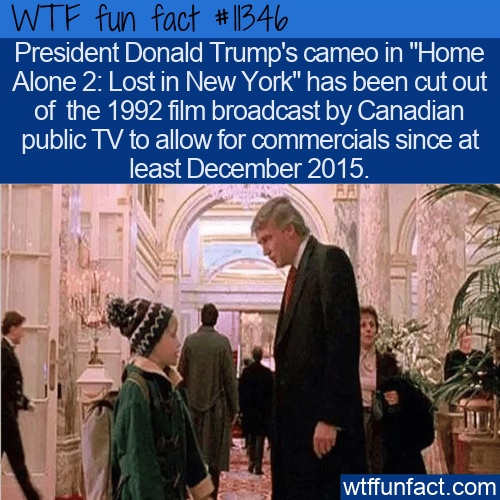 President Donald Trump’s cameo in “Home Alone 2: Lost in New York” has been cut out of the 1992 film broadcast by Canadian public TV to allow for commercials since at least December 2015. – WTF Fun Facts