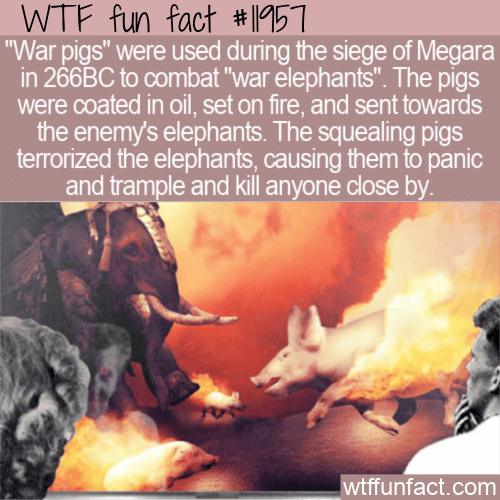 “War pigs” were used during the siege of Megara in 266BC to combat “war elephants”. The pigs were coated in oil, set on fire, and sent towards the enemy’s elephants. The squealing pigs terrorized the elephants, causing them to panic and trample and kill anyone close by. – WTF Fun Facts