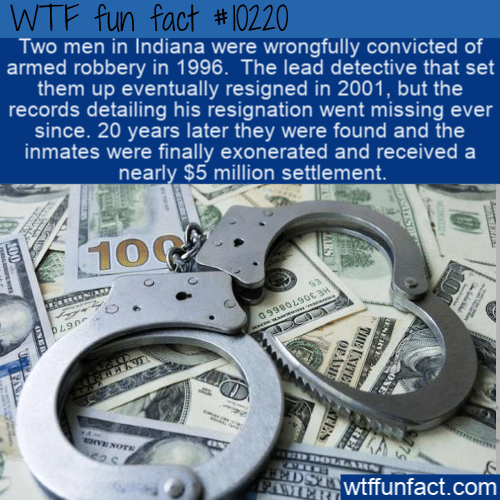 Two men in Indiana were wrongfully convicted of armed robbery in 1996. The lead detective that set them up eventually resigned in 2001, but the records detailing his resignation went missing ever since. 20 years later they were found and the inmates were finally exonerated and received a nearly $5 million settlement. – WTF Fun Facts