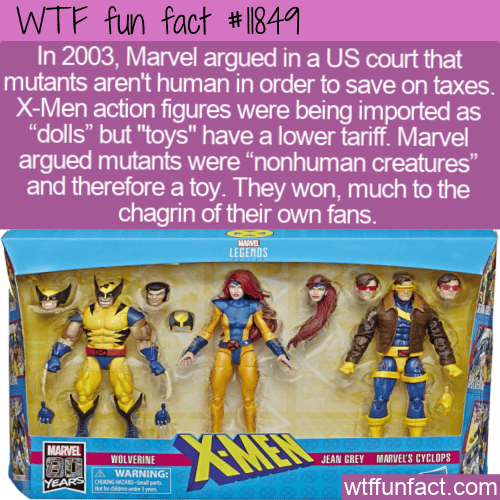 In 2003, Marvel argued in a US court that mutants aren’t human in order to save on taxes. X-Men action figures were being imported as “dolls” but “toys” have a lower tariff. Marvel argued mutants were “nonhuman creatures” and therefore a toy. They won, much to the chagrin of their own fans. – WTF Fun Facts