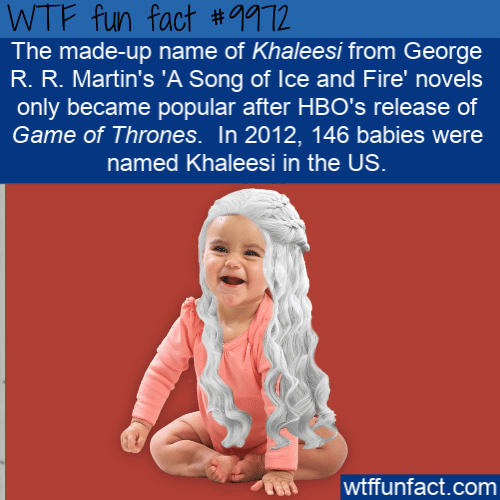 The made-up name of Khaleesi from George R. R. Martin’s ‘A Song of Ice and Fire’ novels only became popular after HBO’s release of Game of Thrones. In 2012, 146 babies were named Khaleesi in the US. – WTF Fun Facts