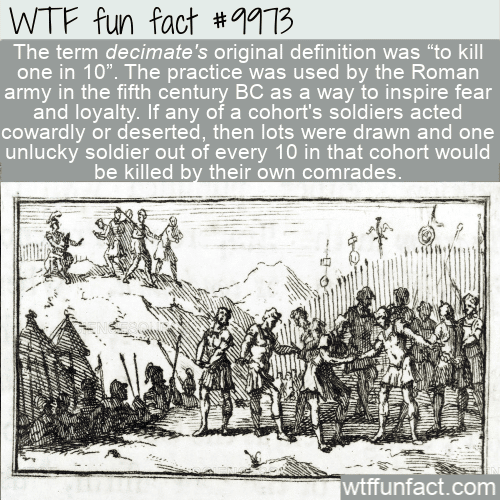 The term decimate’s original definition was “to kill one in 10”. The practice was used by the Roman army in the fifth century BC as a way to inspire fear and loyalty. If any of a cohort’s soldiers acted cowardly or deserted, then lots were drawn and one unlucky soldier out of every 10 in that cohort would be killed by their own comrades. – WTF Fun Facts