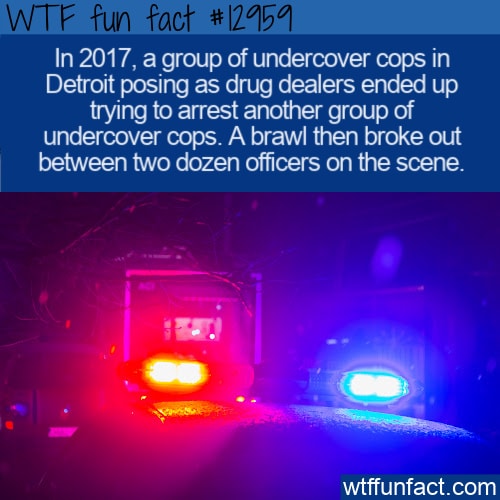 Detroit undercover cops arrest each other

In November of 2017, Snopes (cited below) reports that “Special-operations officers from Detroit’s 11th Precinct were preparing to execute a search warrant on a suspected drug house, but unbeknownst to them, cops from the department’s 12th Precinct were operating within the 11th Precinct’s territory. This intersection of two different groups of police who had not coordinated with or made their presence known to each other set the stage for chaos.”

This is why communication is important!

When two 11th Precinct met the supposed drug dealers, they tried to detain them while their colleagues executed a search warrant on the drug house. However, cops from the 12th Precinct burst in before it could be secured. This triggered a brawl between undercover agents. Obviously, the officers didn’t know one another.

Reports say over two dozen total officers were involved, some in full tactical gear, and one needed to be hospitalized after the fracas.

During the botched operation, 12th precinct officers, who were posing as drug dealers, were held at gunpoint by police from the 11th precinct. “I am thankful that no one was more seriously injured,” Craig said. — WTF fun facts