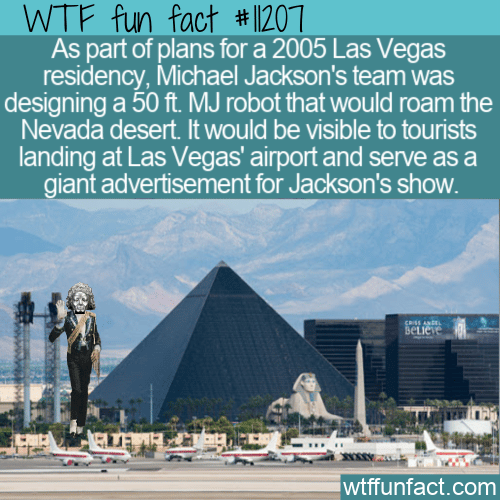 As part of plans for a 2005 Las Vegas residency, Michael Jackson’s team was designing a 50 ft. MJ robot that would roam the Nevada desert. It would be visible to tourists landing at Las Vegas’ airport and serve as a giant advertisement for Jackson’s show. – WTF Fun Facts