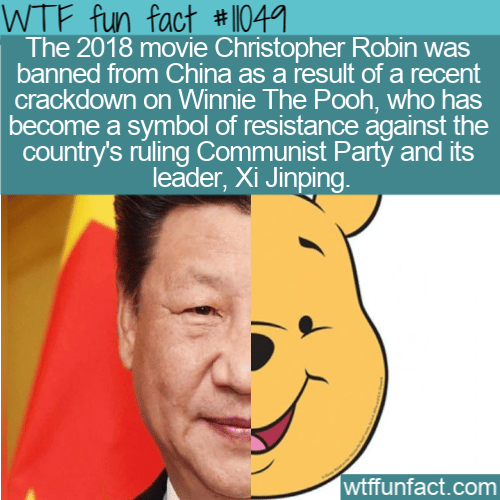 The 2018 movie Christopher Robin was banned from China as a result of a recent crackdown on Winnie The Pooh, who has become a symbol of resistance against the country’s ruling Communist Party and its leader, Xi Jinping. – WTF Fun Facts