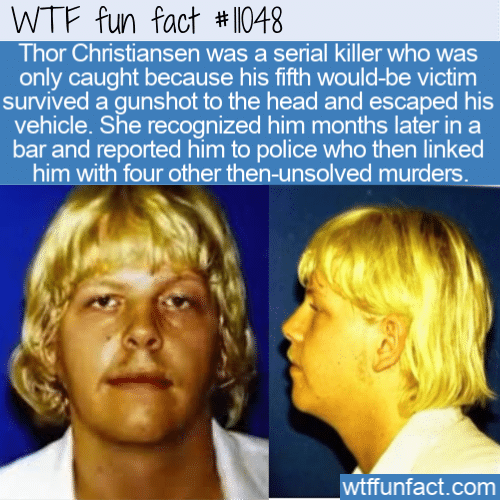 Thor Christiansen was a serial killer who was only caught because his fifth would-be victim survived a gunshot to the head and escaped his vehicle. She recognized him months later in a bar and reported him to police who then linked him with four other then-unsolved murders. – WTF Fun Facts