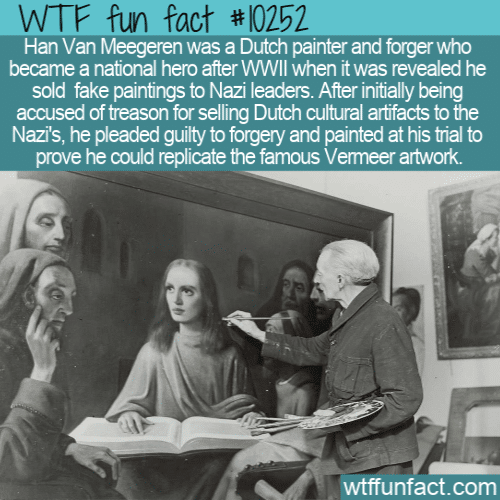 Han Van Meegeren was a Dutch painter and forger who became a national hero after WWII when it was revealed he sold fake paintings to Nazi leaders. After initially being accused of treason for selling Dutch cultural artifacts to the Nazi’s, he pleaded guilty to forgery and painted at his trial to prove he could replicate the famous Vermeer artwork. – WTF Fun Facts