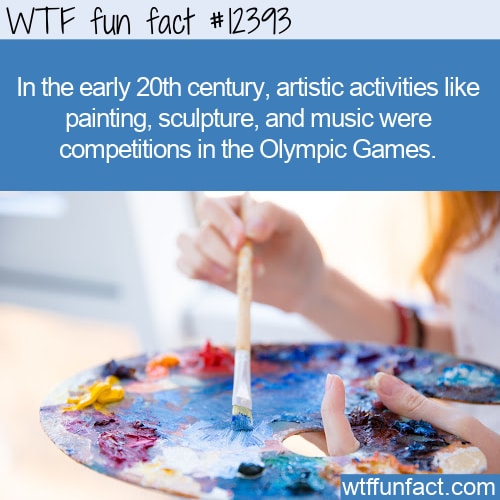 From 1912 to 1952, the Olympics awarded medals for original paintings, sculptures, architecture, literature, and music inspired by athletics.

These were categories throughout the first four decades of the modern Olympics, yet hardly anyone knows about it. The only book on the topic is Richard Stanton’s The Forgotten Olympic Art Competitions.

He spent a great deal of time digging through boxes of crumbling files on the interesting piece of history in Switzerland. As it turns out, the founder of the IOC and the modern Olympic Games, Baron Pierre de Coubertin, saw art as a natural part of all-around displays of talent.

As Stanton told Smithsonian Magazine: “He [the Baron] was raised and educated classically, and he was particularly impressed with the idea of what it meant to be a true Olympian—someone who was not only athletic but skilled in music and literature. He felt that in order to recreate the events in modern times, it would be incomplete not to include some aspect of the arts.”

The first time medals were awarded for these talents was at the 1912 Stockholm Games, where 33 artists submitted works. But it wasn’t popular with all artists, some of whom thought competition of this style was crass for true artists to partake in.

WWII and changes to amateur athletics put this chapter of Olympic history to rest. The final artistic medals were handed out in 194 but later stricken from the Olympic record books.

Source: When the Olympics Gave Out Medals for Art — Smithsonian Magazine