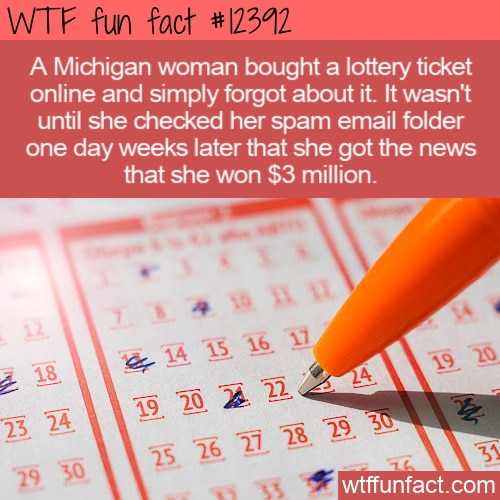 55-year old Laura Spears, from Oakland County, Michigan bought a Mega Millions lottery ticket on the Michigan Lottery website. The drawing took place on December 31, 20201and it turned out she was a winner. The Michigan lottery tracked her down and sent her an email, but it went straight to her spam folder.

She didn’t think much about the lottery until she checked her spam folder in January and found an email telling her about her prize. Her ticket had 5 matching numbers, earning her a $1 million payday. But it turns out she also paid for a “Megaplier,” an extra that boosted her total winning to $3 million!

“I saw an ad on Facebook that the Mega Millions jackpot was getting pretty high, so I got on my account and bought a ticket,” Spears told Michigan Lottery officials. “A few days later, I was looking for a missing email from someone, so I checked the spam folder in my email account.”

“That’s when I saw an email from the Lottery saying I had won a prize. I couldn’t believe what I was reading, so I logged in to my Lottery account to confirm the message in the email. It’s all still so shocking to me that I really won $3 million!”

Her plans are to retire early and share the money with her family.

Now, excuse us while we go check our spam folder!