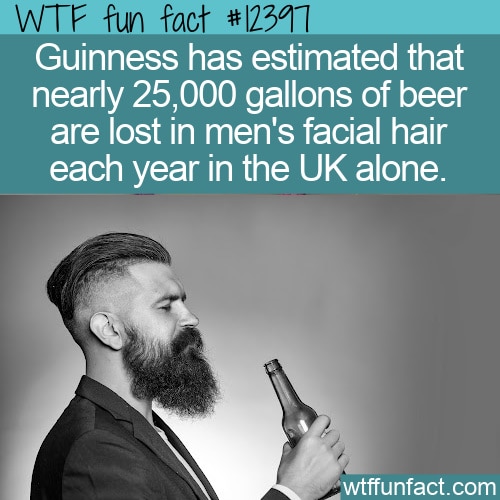 Men with mustaches and beards are losing an estimated 162,719 pints of beer in their facial hair every year, according to Guinness.

The brewery commissioned a scientific study and researchers found that quite a bit of beer was being wasted each year in the UK (and presumably around the world) – about £4.58 a year, they estimate. It has been humorously titled the “mustache tax.”

According to The Guardian, “As the data was based on the average mustache surface area. Scientists were able to work out the amount of wastage depending on size, shape, and density.” – WTF Fun Facts