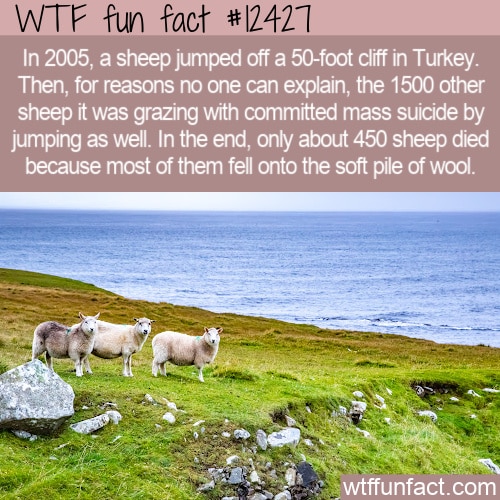 In 2005, Turkish newspapers reported an incident in which over 400 sheep died. It happened when one fell off a 50-foot cliff – and the rest followed!

That’s what they mean when they say, “don’t be a sheep.”

There were over a thousand sheep on the cliff that day, with each family in the small Van province of Turkey owning about 20 apiece. However, 1,100 animals survived the plunge because the hundreds of sheep that jumped first cushioned their fall.

According to the BBC, one villager told the Aksam daily newspaper: “Every family had an average of 20 sheep. But now only a few families have sheep left. It’s going to be hard for us.” – WTF Fun Facts