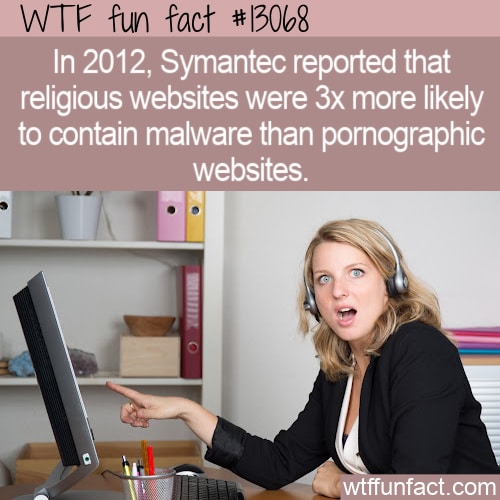 When we think of dangerous websites that might infect our computers with a virus, we tend not to think of our local church blogs. Endless pop-ups and viruses are more often associated with adult content websites. But in 2012, antivirus software maker Symantec reported the increasing link between religious websites and malware.

Why target religious websites with malware?

The reason? People who run adult websites have long had to deal with hackers and became far more adept at blocking them from infiltrating their websites. “Those who build and host church websites, by contrast, may have the best intentions, but they tend to be naive and inexperienced. For hackers, that makes them easy prey.”

When an organization is eager to build a website, it may not hire security experts at the beginning. That’s because site builders may simply be unaware of the risks. Many people also fail to consistently download the security updates that come with host sites like WordPress, leaving them vulnerable to hackers.

But religious websites aren’t the most dangerous to your cyber safety.

“According to Symantec, pornographic sites now rank at the bottom of the top-10 list for malware threats. Blogs are first, followed by personal and self-hosted sites, business sites, and shopping sites. Religious sites aren’t a category unto themselves, but are split between blogs, self-hosted sites, and “education/reference” sites, which rank fifth on the ‘most-infected’ list.”

As a web user, it can be hard to protect yourself since the malware can infiltrate your machine as soon as you load the webpage. While overall cybersecurity has improved drastically over the last decade since the report came out, you still have to be careful what you click.

And if you build a website, it’s crucial not to cut corners when it comes to cybersecurity. — WTF fun facts