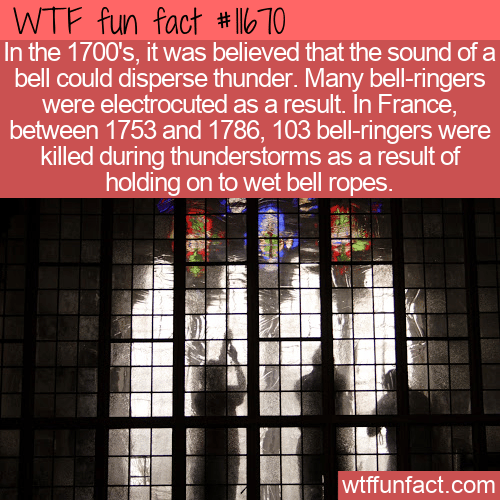 In the 1700’s, it was believed that the sound of a bell could disperse thunder. Many bell-ringers were electrocuted as a result. In France, between 1753 and 1786, 103 bell-ringers were killed during thunderstorms as a result of holding on to wet bell ropes. – WTF Fun Facts