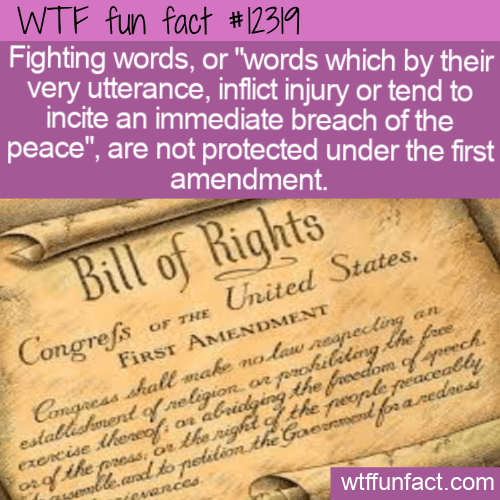 Fighting words, or “words which by their very utterance, inflict injury or tend to incite an immediate breach of the peace”, are not protected under the first amendment. – WTF Fun Facts