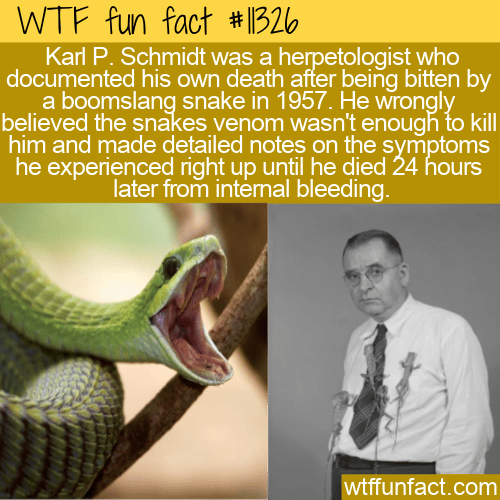 Karl P. Schmidt was a herpetologist who documented his own death after being bitten by a boomslang snake in 1957. He wrongly believed the snakes venom wasn’t enough to kill him and made detailed notes on the symptoms he experienced right up until he died 24 hours later from internal bleeding.– WTF Fun Facts