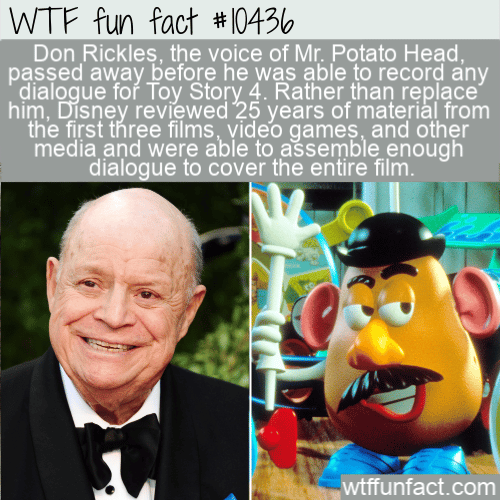 Don Rickles, the voice of Mr. Potato Head, passed away before he was able to record any dialogue for Toy Story 4. Rather than replace him, Disney reviewed 25 years of material from the first three films, video games, and other media and were able to assemble enough dialogue to cover the entire film. – WTF Fun Facts